A successor to the mission at Ness, near Kirbymoorside, St Mary’s church was built 1840-1 and improved 1893, but in 1972 the 12th century church of St Leonard was restored to Catholic use.

One of very few Roman Catholic mediaeval churches in the United Kingdom, St Leonard and St Mary’s was originally founded in 1190 by the Gilbertine canons from St Mary’s Priory in Old Malton as a chapel of ease, along with St Michael’s church in the market place. It was gifted to the Roman Catholic Church by the Anglican Diocese of York in 1971. 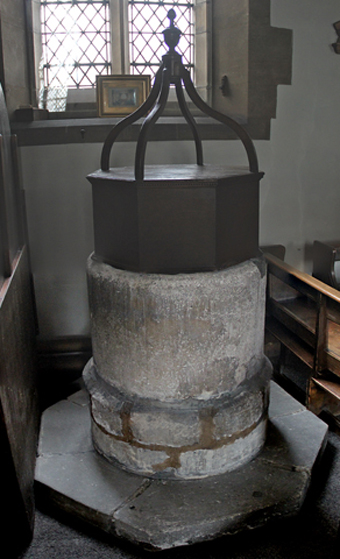 Font, believed to be 12th century 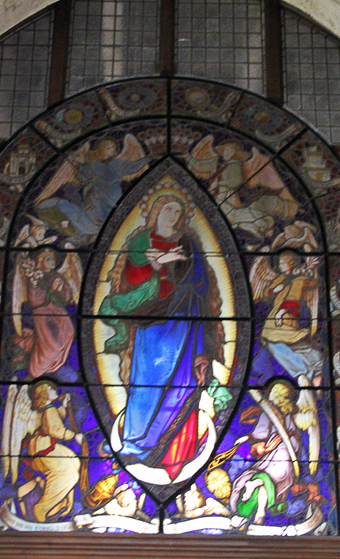 Arched stained glass window depicting Our Lady within a mandorla, from St Mary’s